4 Amazing SUVs Everyone Wants To Own

SUVs are some of the best cars on the market today. They offer you plenty of space, practicality, and cool features.

If you’re looking to buy one, then you better make sure you get the best. So, here are the four best SUVs around: 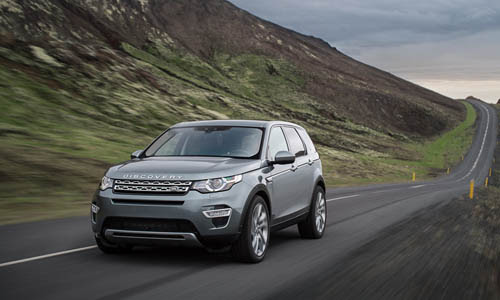 For years, Land Rover has been at the top of the SUV game. Granted, other manufacturers have caught up with them, and they aren’t the outright leaders of old anymore. However, there’s no denying that one of their cars will make it into any top SUV list. And, I went with the Discovery Sport for this list. Why? You’re about to find out!

The Discovery Sport is a fantastic machine. Many people have likened it to a cross between a Range Rover and the old school Land Rover Defender. It’s got that brutish force associated with the old Defender. You can take this thing off-road, and it deals with any terrain exceptionally well. But, you can also drive it to work and get all your peers turning their heads in awe at your elegant vehicle. It’s this combination of class and practicality that makes it such a winner for me. Great to take off-roading on a weekend adventure, but equally good for the school run. It’s everything an SUV should be and more.

This car also delivers a very smooth ride when you’re behind the wheel. It drives so well, and you almost don’t want to leave the driver’s seat. In fact, there are companies like Hunters Land Rover that are currently offering test drives for the new Discovery Sport. So you can see what all the fuss is about. Get behind the wheel of this car if you can, and you’ll have a wonderful experience. 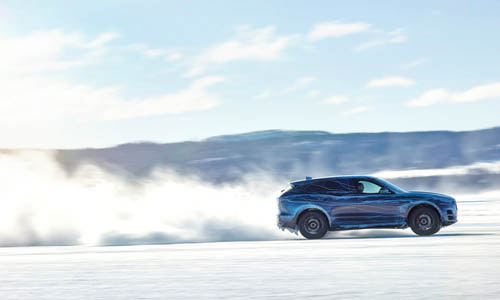 A lot of you may be shocked to see a Jaguar in an SUV list. Mainly, we associate this brand with high-quality, luxury sports cars. But, they also make a killer SUV too! The F-Pace is shockingly similar to an actual jungle cat. On the face of things, it can seem a little bit intimidating. And, it’s capable of showing off some great power. But, under the surface, it’s a lot less frightening than it seems.

The design of this car is simply fantastic. In fact, it’s hands down my favourite looking car on this list. I just love the way the body is built and finely chiseled. The combination of sharp edges and smooth curves goes together so well. It makes the car look very modern, almost like a space shuttle. Then, you have the front grill and the classic Jaguar insignia. It just looks so amazing and intimidating. It’s such a great look for an SUV.

The F-Pace also happens to be a very family friendly vehicle. There’s plenty of space everywhere, which is what you want from an SUV. The ride is very comfortable; it eats up bumps and potholes like they’re not even there. One of the best things about this car is that it’s surprisingly cheap to run. For such a big beast, you’d expect it to guzzle petrol like it’s water. But, running this car costs about the same as your average family saloon. It’s a premium SUV that’s ideal for the family. 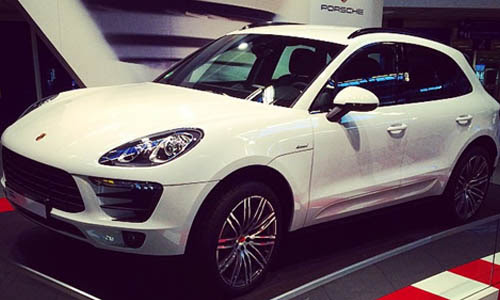 Again, we’ve got another entry that may take you by surprise. While Land Rover has been synonymous with SUVs, Jaguar, and Porsche haven’t. But, this German manufacturer has used all its engineering prowess to create a wonderful car. Famous for sports cars like the 911 and Carrera GT, this SUV is a welcome string to the Porsche bow. When you look at it, you immediately know it’s made from this manufacturer. It has that same Porsche style, just bigger! What this does is make you feel like you’re driving a sports car, even though you’re in an SUV.

All those years of designing top of the range cars have helped Porsche create a great SUV. It handles and drives as well as anything else on the market. Bag yourself the Turbo model, and you’ll be hitting speeds worthy of a 911! It can get you from 0 to 60 in, wait for it, 4.8 seconds. That’s right, an SUV that can make it to 60 mph in under 5 seconds, crazy! It’s 100% a car for a true petrol head. This isn’t an SUV that you’ll be doing an awful lot of off-roading in. Instead, it’s a premium car meant for a premium lifestyle.

The Macan is the sort of car you see big executives driving on their way to their flashy office. It’s a real head turner, a car to be proud of. You won’t see your typical SUV mud marks on this bad boy. Don’t get me wrong; it’s still a practical car too. You get all the space you normally get in other SUVs too. There’s enough room for the family and a whole load of shopping in the boot. 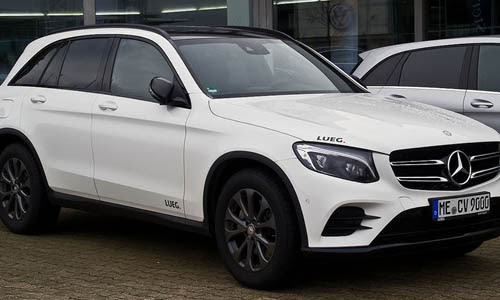 We’ll round things off with another German car that’s brilliantly made. Mercedes have come in big with their SUV called the GLC. When I spoke about the Jaguar earlier, I said it was the best looking car on this list. And, guess who it narrowly beat for that top spot? Yep, the GLC is the second best-looking car on my list. It’s got a typically menacing Mercedes front grill, and everything is designed to perfection.

But, looks aren’t the only thing this car has going for it. Comfort is its number one priority, and it delivers it in abundance. You’ll struggle to find someone that’s been in one of these cars and not enjoyed their ride. It’s also packed with loads of great tech and safety features to make it even more refined.

There’s no doubt that this is an ultra-modern SUV. The GLC is the new boy in town, and it just might wear the SUV crown in a few years time.

All four of these cars are fantastic at what they do. If you want a new SUV, then take your pick from any one of them.

It’s a never ending battle of making your cars better and also trying to be better yourself.